Instead of focusing on a specific battle this month, we’re going to look at what were possibly the ten bloodiest battles.

The casualty figures given included killed, wounded and missing in action. They are not exact figures but give an estimation of the number of casualties.

Take into account that during the Vietnam War the official figure of Americans killed is 58,318. In the battles listed below the number killed in a single day often exceeded this.

The Battle of Shanghai was the first of the twenty-two major engagements fought between the National Revolutionary Army (NRA) of the Republic of China (ROC) and the Imperial Japanese Army (IJA) of the Empire of Japan during the Second Sino-Japanese War. It was one of the largest and bloodiest battles of the entire war,

The Chinese soldiers had to rely primarily on small-caliber weapons in their defense of Shanghai, against an overwhelming Japanese onslaught of air, naval, and armored striking power.

In the end, Shanghai fell, and China lost a significant portion of its best troops, while also failing to elicit any international intervention.

The Japanese, indoctrinated with notions of martial superiority, were not expecting the fierce resistance shown by the Chinese, and it shook the Japanese Army.

The PLA had the city surrounded and the nationalists stood no chance. The communists decided to allow nationalist soldiers to leave the city at any time, but refused to allow civilians to do so. Civilians were blockaded within Changchun and deliberately starved as way of pressuring enemy generals to surrender.

It is estimated that 80% of the civilian population were killed.

Another battle of the Second Sino-Japanese War, the Chinese were defending the city of Wuhan from a Japanese attempt to capture it.

Over one million Chinese soldiers were defending against a force of 350 thousand Japanese. Bombings, artillery strikes, and chemical weapons attacks weakened the Chinese defenses enough for the Japanese to capture Wuhan after 4 months of fighting.

While it was a victory for the Japanese, it had cost them dear.

The Battle of Berlin was the final major offensive of the European theatre of World War II.

The Soviets had completely encircled Berlin at the beginning of the battle. The Nazis had little left to offer and most of the defence of the city was left to the Hitler Youth and hastily conscripted civilian units.

Before the battle ended Adolf Hitler had committed suicide. On May 7, 1945 the Germans signed an unconditional surrender.

The First Battle of Kiev resulted in a very large encirclement of Soviet troops in the vicinity of Kiev during World War II. This encirclement is considered the largest encirclement in the history of warfare (by number of troops).

The battle was an unprecedented defeat for the Red Army, with 452,700 soldiers, 2,642 guns and mortars and 64 tanks being trapped.

The Southwestern Front suffered 700,544 casualties, including 616,304 killed, captured or missing during the battle. The 5th, 37th, 26th, 21st and the 38th armies, consisting of 43 divisions, were almost annihilated and the 40th Army suffered many losses. 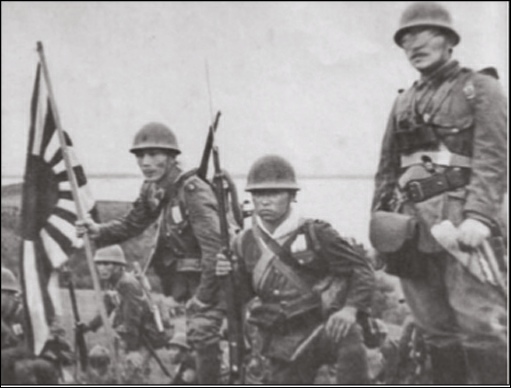 The Battle of Verdun was the largest and longest battle of the First World War on the Western Front between the German and French armies.

The German 5th Army attacked the defences of the Fortified Region of Verdun and those of the French Second Army on the right bank of the Meuse.

The German strategy in 1916 was to inflict mass casualties on the French, a goal achieved against the Russians from 1914 to 1915, to weaken the French Army to the point of collapse.

Although the French took heavy casualties, they held out. At times they even counter-attacked. In August and December, French counter-offensives recaptured much of the ground lost on the east bank and recovered Fort Douaumont and Fort Vaux.

4. Battle of the Somme

The Battle of the Somme, also known as the Somme Offensive, was a battle of the First World War fought by the armies of the British and French against the German Empire. It took place on both sides of the upper reaches of the River Somme in France.

The battle was intended to hasten a victory for the Allies and was the largest battle of the First World War on the Western Front.

The Allies suffered more than 60,000 casualties on the first day of the battle.

The Siege of Baghdad entailed the investment, capture, and sack of Baghdad, the capital of the Abbasid Caliphate, by Ilkhanate Mongol forces and allied troops.

The Mongols were under the command of Hulagu Khan (or Hulegu Khan), brother of the khagan Möngke Khan, who had intended to further extend his rule into Mesopotamia but not to directly overthrow the Caliphate. Möngke, however, had instructed Hulagu to attack Baghdad if the Caliph Al-Musta’sim refused Mongol demands for his continued submission to the khagan and the payment of tribute in the form of military support for Mongol forces in Iran.

Due to their reputation as efficient and brutal warriors their opponents would often submit to them without a battle. But when Baghdad refused to surrender, the Mongols decided to make an example of them. The city fell after just 12 days. The Mongols then proceeded to destroy as much of the city and massacre as many locals as possible.

The Battle of Stalingrad is often regarded as one of the single largest and bloodiest battles in the history of warfare.

It was marked by fierce close quarters combat, snipers, house to house combat, and assaults on civilians by air raids.

It was a costly defeat for the Germans and some say that Hitler lost the war the minute the Russians were able to declare victory at Stalingrad.

The Germans did have a chance to break out from Stalingrad, but Hitler ordered that they stand their ground and “Fight to the last man and bullet.”

Almost 91,000 Germans were taken prisoner. Only about 5,000 of them ever saw Germany again.

The Siege of Leningrad began on September 8, 1941, when the last road to the city was severed. Although the Soviets managed to open a narrow land corridor to the city on January 18, 1943, the siege was only lifted on January 27, 1944, 872 days after it began.

It was one of the longest and most destructive sieges in history, and possibly the costliest in terms of casualties

WUHAN: A victory for the Japanese. But a costly one that shook their confidence. 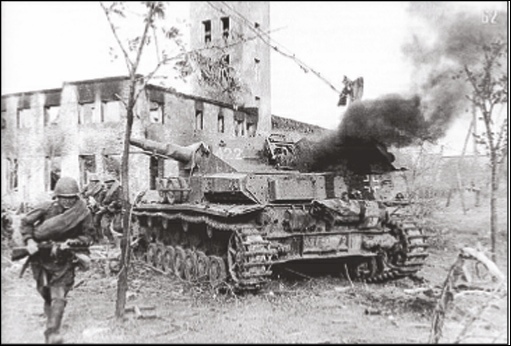 STALINGRAD: Regarded as one of the single largest and deadliest battles ever, it saw high losses on both sides.